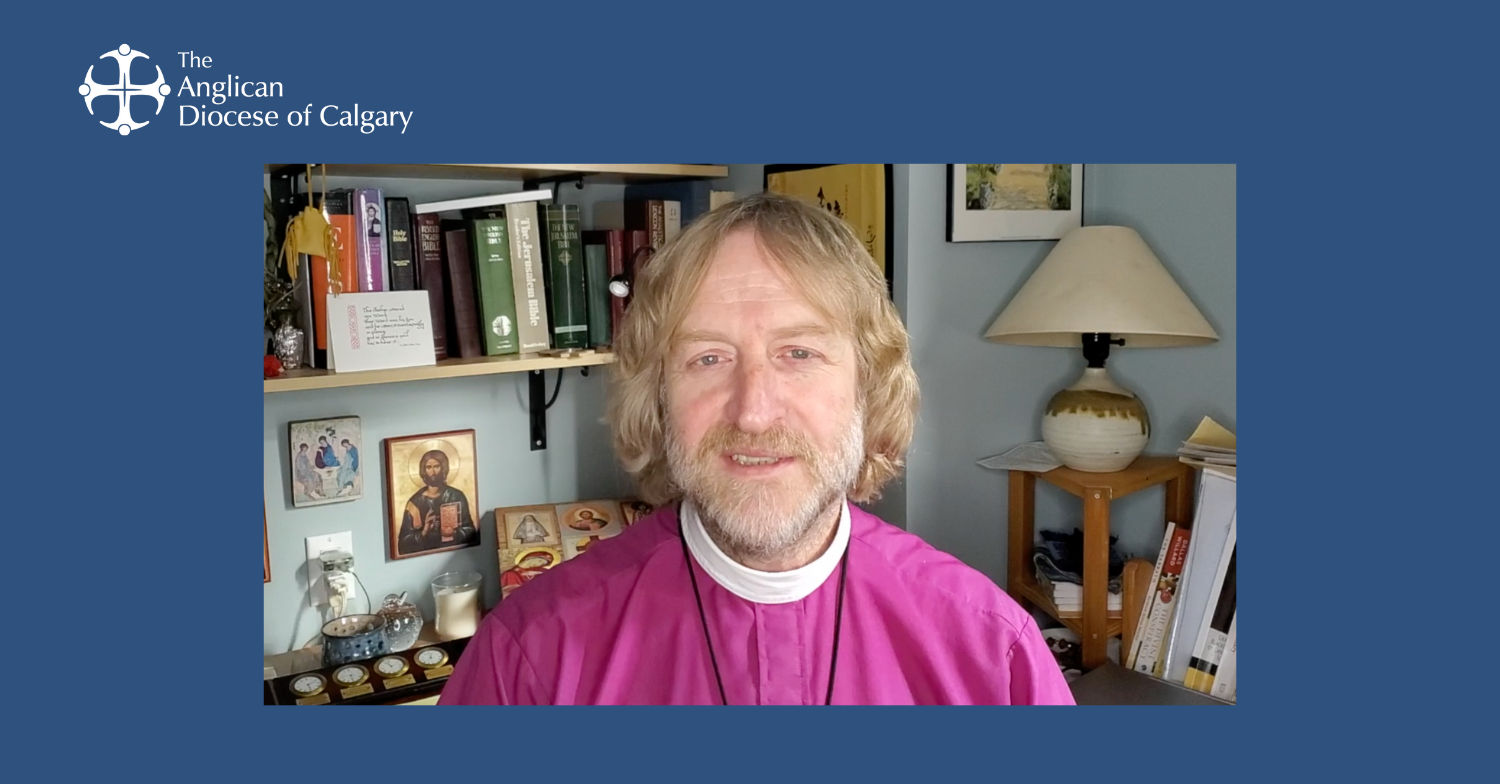 We are in what I believe is the seventh week since the beginning of the social and physical distancing that has come along with the spread of the COVID-19 pandemic.

Last night, I was watching the news and saw the reports of people out protesting across Canada and the United States, saying that it's time to reopen the economy and relax the physical distancing restrictions in order to ease the anxieties and the hardships that people are experiencing.

Of course, my reaction was, in part, that this is clearly not the time to be stopping the precautions. We are in the process of trying to “flatten the curve” and to protect the most vulnerable amongst us so that the virus does not spread, and our medical services are not overwhelmed treating the pandemic.

But I also found myself feeling some sympathy for those folks as well. Not because I agree with them that things should be reopened, but because I can understand something of the anxiety that they're feeling.

As human beings, we are creatures of habit, we thrive when things are normal, and when there's stability. When our habits are thrown off we start to feel anxious, and we're not sure where changes and dangers are going to come.

And the reality is that for many people — there is great pain in all of this. People have lost jobs, people have lost incomes, people are worried about the future and “What will be next”?

I’m reminded of the story of the people of Israel, as they are coming out of slavery in Egypt, and find themselves suddenly in the desert. When they were in Egypt, they were under taskmasters and in slavery, and they were brutally and harshly treated. But then Moses comes along, sent by God as the great prophet to be God's leader in freeing them. And so, they are freed from Pharaoh's grasp. They are brought across the Red Sea and they sing their victory song and there’s all this joy.

We, from our modern perspective, can ask, “How could you want to go back to Egypt where it was brutal and there was slavery and all that forced labor and hardship?

Yet, if we look from their perspective, they are very human, aren’t they?  Certainly, there's a real concern that they are short of water and are not sure where their food is going to come from — those are real human survival concerns; but they are also looking backward to the well-known and dependable old patterns and habits and norms, apparently even if they include harsh conditions, and they want to be back there.

As human beings, we want to know that things are predictable.

I'm reminded of a story I read years ago. It was perhaps more of a fable or a parable than simply a story.

And it was about this man, and he was out walking one day, and he felt tired. So, he sat down under a coconut palm to rest. He didn't notice that there was a monkey up in the coconut palm who was distressed by his being there. The monkey grabbed one of the coconuts and dropped it down and hit the man right on the head.

Well, of course, the experience was painful, and perhaps disorienting. He could have stood up and shouted and yelled at the monkey. But instead, he picked up the coconut, popped a hole in it, drank the milk, then cracked it open and ate the meat.

The moral of this parable is that the man finds that his traumatic experience has turned into a gift of nourishing and strengthening which allows him to go on with his journey.

As a church community, we are currently in the midst of the Easter season. The Easter season was actually a disrupting time for the disciples, not unlike the wilderness experience of the Israelites, in that their norms were disrupted.

Yes, Good Friday and Holy Saturday were a terrible time for the followers of Jesus. The disciples suddenly discovered that Jesus, the Messiah, was not going to take over and bring in the kingdom the way they had thought. Instead, he was tortured and crucified, and he died.

But Easter was also a time of disruption for the disciples because, after the experience of his death, Jesus suddenly appears to them, against all expectations, raised from the dead and declares that new life and a new way of life has come.

Their norms have been broken open, but now they walk in a new way.

And at the heart of that resurrection story is this for us. Even in the worst of times, the darkest of times, even through suffering and death, Jesus walks with us as the risen Lord. Jesus is in fact truly present with us.

In the midst of all our current forced social and physical isolation due to the pandemic, our lives have been disrupted. Our habitual norms and lifestyles may be thrown askew.

But we do know that our risen Lord is with us and is calling us into a new way of being and living.

I pray that God will tune our hearts and minds to be able to receive what could be a gift. What is that coconut that was dropped on our heads? What is the milk that we could drink from it and find refreshment? What is the meat that we could eat and find nourishment? What might we learn by attending to the presence of the risen Christ in the midst of this time of disruption and upheaval? What new avenue of mission is God opening for us to walk in?